Chat with us, powered by LiveChat

Kruger, Moremi, Chobe and Victoria Falls – All in 11 days

When our guests from America, first mentioned that they are interest in our 11 day Combo tour, we were very excited! Firstly, Kruger National Park is the largest game park in South Africa, secondly, Botswana is an absolute beaut of a country and thirdly, who doesn’t want to visit on of the 7 world wonders – Victoria Falls.

So let’s get going…

On the first day our lead guide, Ettienne picked our guest up at OR Tambo international airport in Johannesburg. It was a nice and early pick up and on the way guests stopped for snacks at Alzu Petroport. This stop is well known for its Sable, buffaloes and also rhino walking around the gas station. It was a quick stop and they headed onwards to their lodge in Hazyview. They arrived here just in time for lunch. Kruger Adventure Lodge is well known for their hospitality, friendliness and outstanding food. After lunch, they guests had the opportunity to rest, freshen up or get to know the lodge a bit better.

A delicious dinner was served at the Bush Bistro next to a  boma fire. 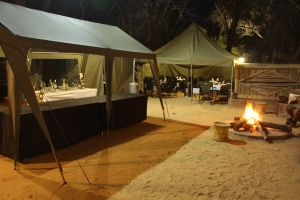 Dinner at the Bush Bistro

On the second day of their tour, the guests had an early start to their day as they were heading on a full day game drive in Kruger National Park. Rusks with tea and coffee just before the drive started, gave them some energy. They had a delicious packed breakfast which they could eat on the way.

Around lunch time, they stopped at Skukuza and had a delicious lunch. After lunch, they continued with an afternoon gamed drive.

The weather was great, the faces was smiling and all in all it was a very good and successful day. They spotted all of the big 5 except for the beautiful leopard. But all the lions that they saw, definitely made up for it.

Back at the lodge

Guests arrived back at the lodge just before sundown and right in time for dinner. Again, dinner was served in the Bush Bistro and AGAIN it was delicious! Guest had an early night in as it was a long day and tomorrow is an again, an early start. 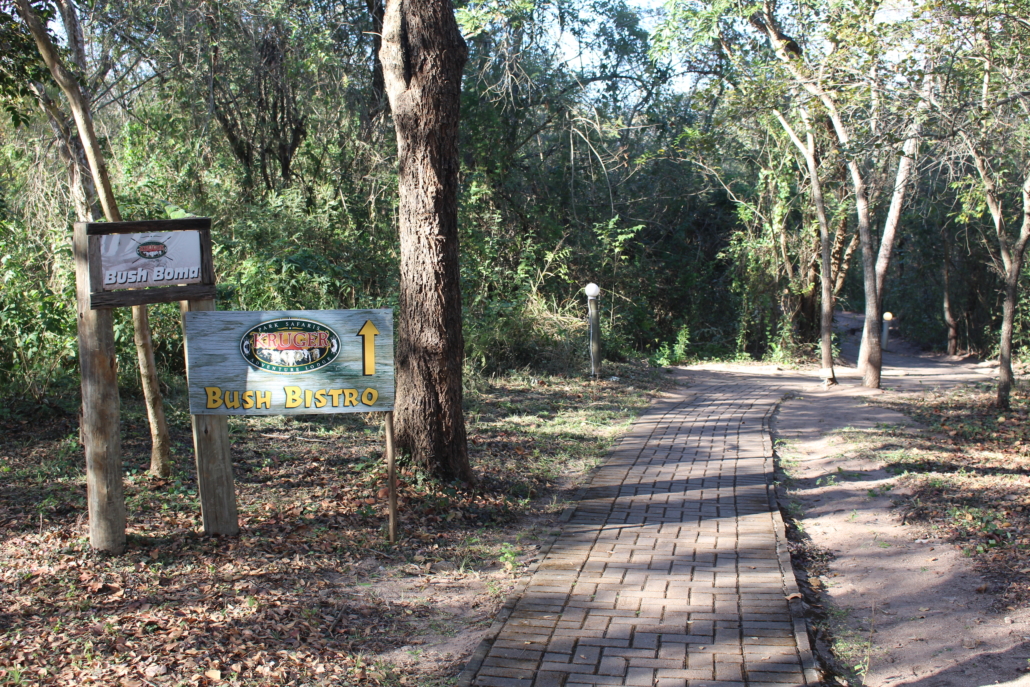 Let’s head on to Botswana 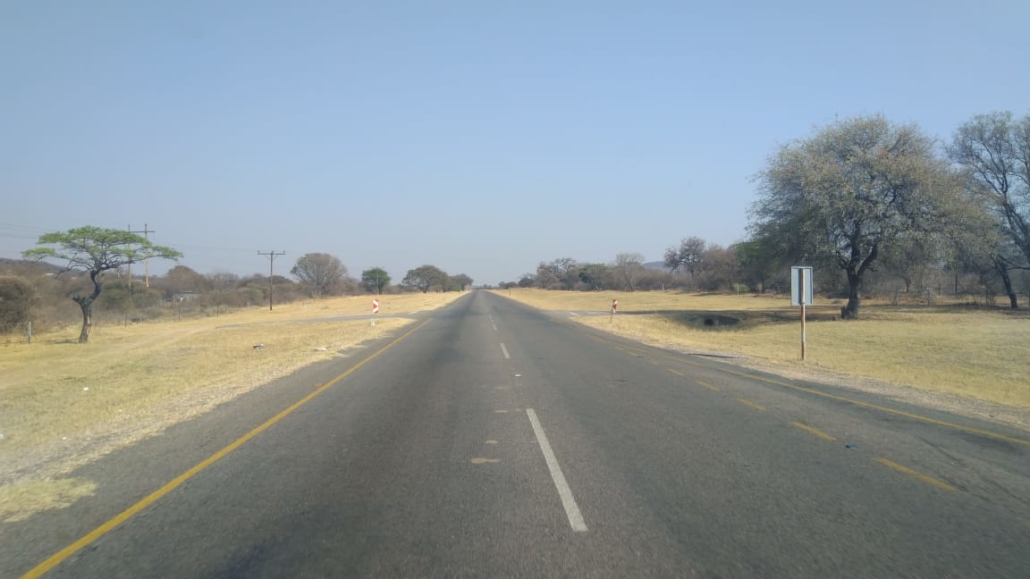 Today is a very long drive and we had to start early and get going. Although it is a long drive, the beautiful mountain passes ensures for two beautiful photo opportunities. The guests had a delicious packed lunch which they could eat on the way. They arrived at the border around 4pm and after completing border formalities, they headed to Palapye where they overnighted. 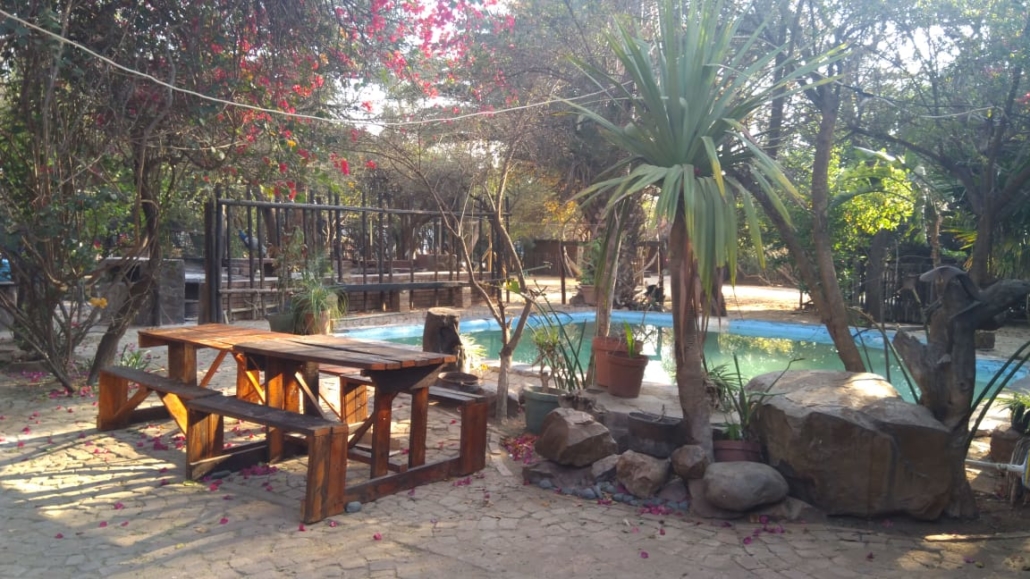 Second day in the beautiful Botswana

After a later breakfast than what our guests are used to, they drove through the diamond capital of Botswana, and the rim of the Kalahari Dessert to get to the gateway of the Okavango Delta. This again was a very long driving day but ensured for some beautiful sights such as elephants crossing the highway to Maun. 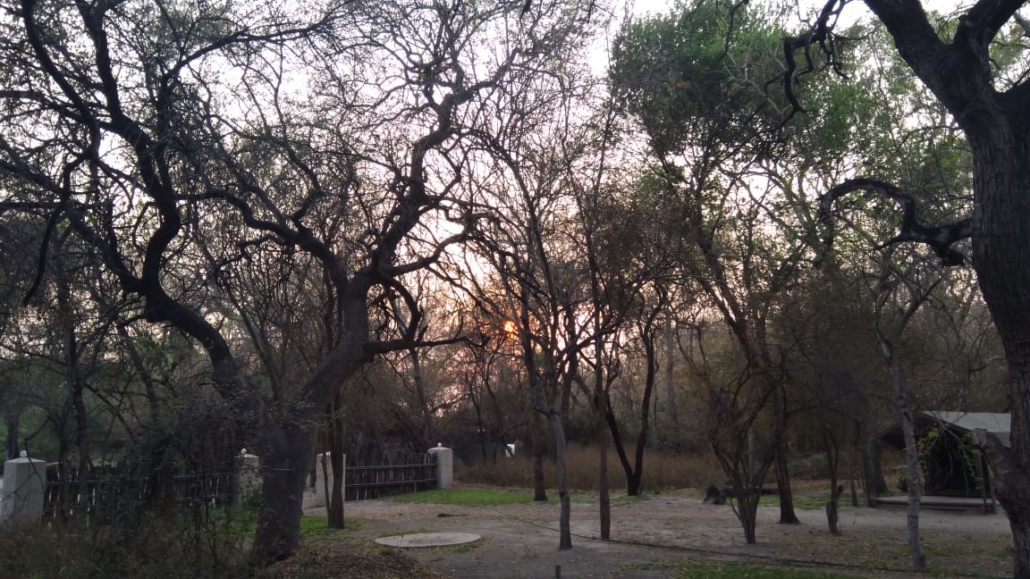 A day in the Okovango Delta

On the third day in beautiful Botswana, they headed to the outskirts of the magnificent Okavango Delta. In Khwai, our guests saw loads of lions and also a female lion hunting. This female passed about 2 metres from their game vehicle which means that after a 15 hour day, they were happy and smiling from ear to ear.

Heading to the most northern part of Botswana

Today they took the elephant highway of Botswana to head to the most northern park of Botswana, called Chobe. They had a picnic lunch and checked into their lodge which is situated on the banks of the Zambezi River, just in time for their sunset river cruise on the Chobe River. The Chober River is situated in Chobe National Park which covers an area of approximately 12000 km². The Chobe River also contributes to the Zambesi River that then flows into the mighty Victoria Falls. 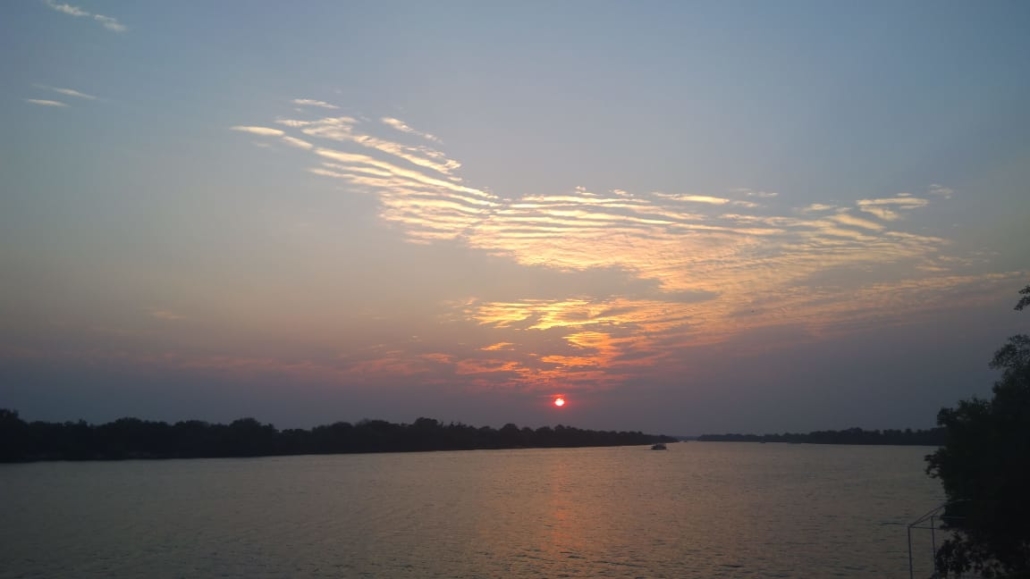 Quick safari before heading to Zimbabwe

The guests woke up early for their sunrise safari. And what an experience it was! On the safari, the saw a pride of lions (along with cubs) hunting and killing an elephant. They also spotted a Giraffe carcass, animal was killed by lions that got chased off by hyenas and then sadly (for all land predators) the carcass fell into the river. Obviously the crocodiles was smiling about this and had a feast.

After the amazing safari, our guests enjoyed a delicious warm breakfast. And right after breakfast, they made their way to border to get into Zimbabwe. The drive along the Zambezi river is short but also gave them a chance to see some animals en-route to Victoria Falls. 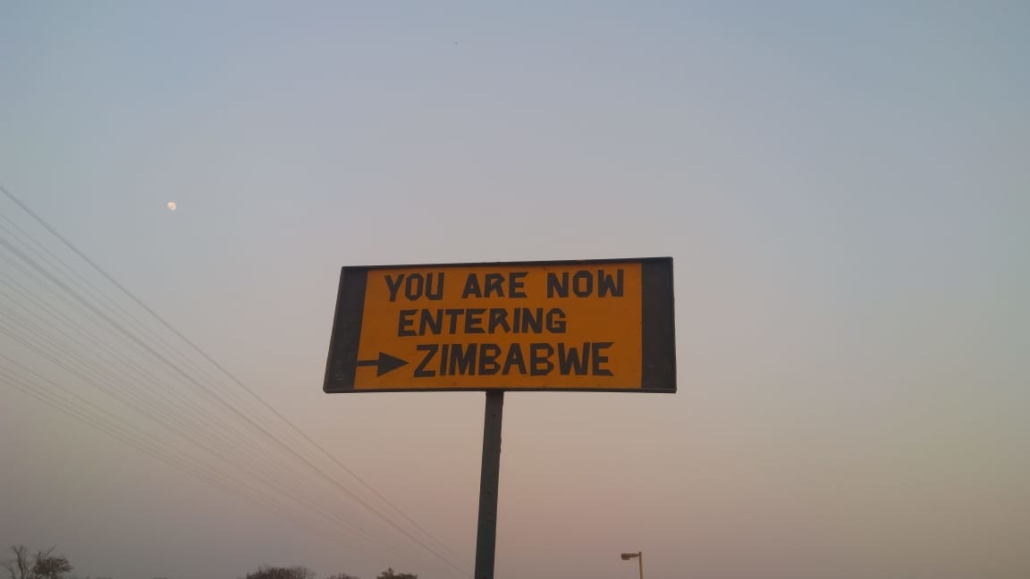 Visiting one of the 7 natural world wonders

They had a nice late breakfast and made their way to the mighty Victoria Falls which is also one of the seven natural wonders of the world. After their visit to the Falls, they headed to Devils Pool which was an additional add on to the tour as our guests really wanted to visit this beautiful place.

For dinner, they enjoyed the very famous Boma dinner which included a drum show and some various traditional foods and drinks.

The guests enjoyed themselves thoroughly!

Let’s head on back to Botswana

After an early breakfast and a short and sweet visit to Zimbabwe, they headed back to the beautiful Botswana. They overnighted at a place called Elephant Sands. Elephant Sands is a lodge that is built right around a big waterhole for elephants. On a hot day, anything between 500 and 750 elephants cross here to get nice fresh water. After a nice dinner, they sat around the campfire and was amazed by these gentle giants. 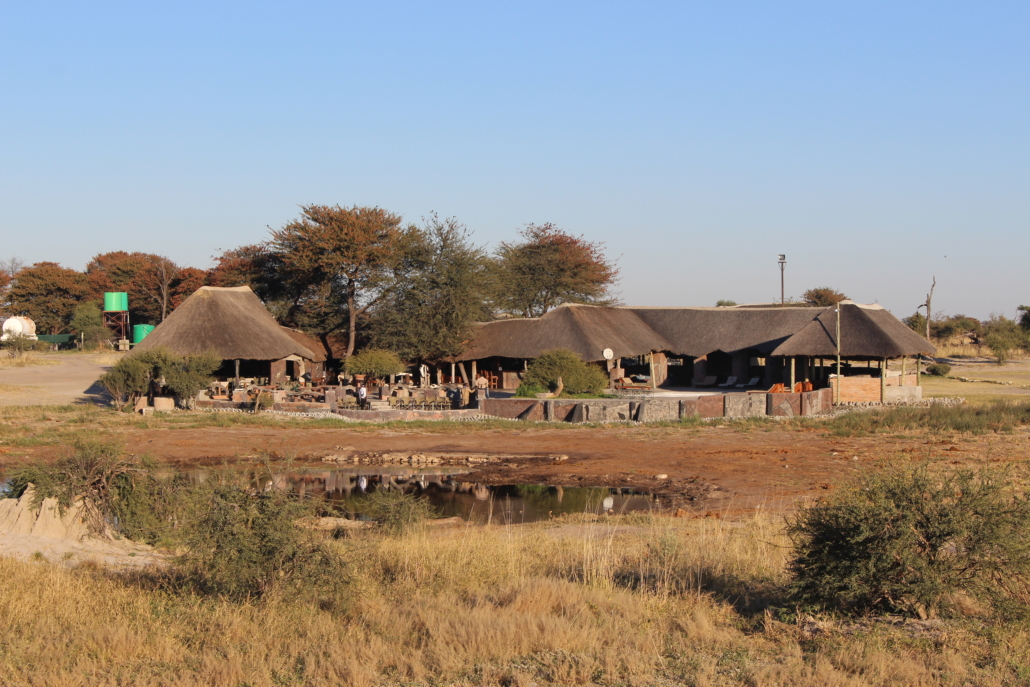 At around 10pm, all water and electricity is switched off and it is just you and nature that is left.

Back to South Africa

Sadly, on this day they had to leave the beautiful Botswana and head on back to South Africa. After dealing with border formalities, they headed through to Buffalo Thorn Camp for their last night of campfire after the dinner. 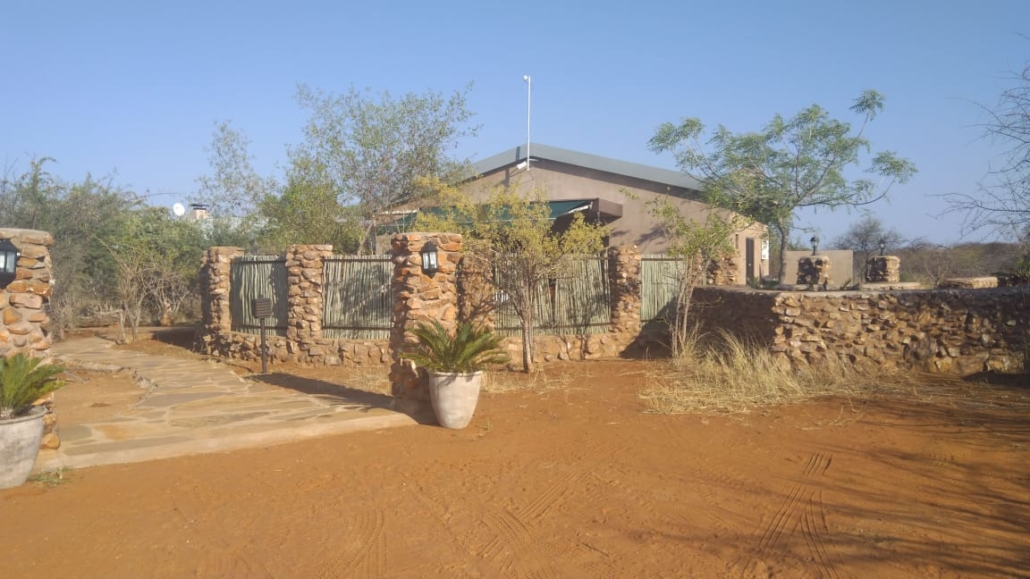 And then it was the last day

After breakfast, they took the road back to Johannesburg and bring an end to our beautiful safari.

En-route to Johannesburg, they stopped at the lion park in Hartebeespoort Dam where they had some lion and cheetah interactions.

After one amazing safari, our guests where dropped off at OR Tambo where they caught their flight back to the States. 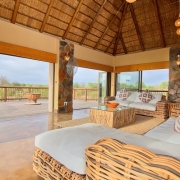 An exclusive safari experience: what to expect 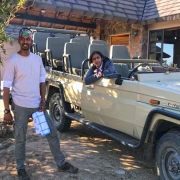 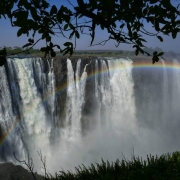 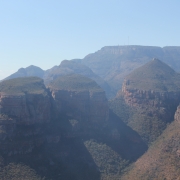 Kruger Park, Botswana and Victoria Falls with the Netherlanders